"I may have invented Control-Alt-Delete, but Bill Gates made it famous" 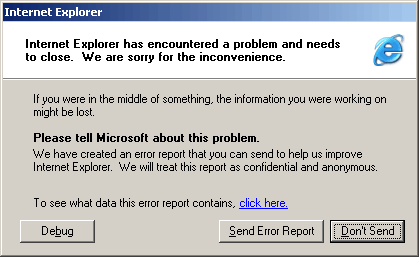 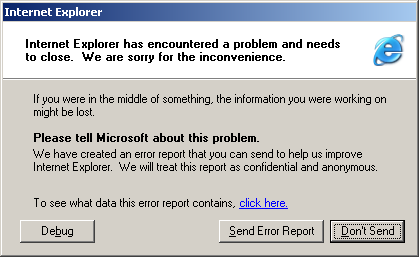 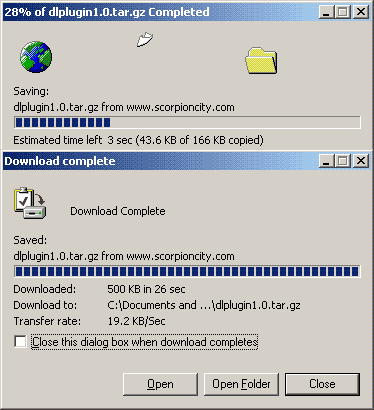 2002-09-08: WinXP: IE states in advance that the filesize is 166 KB, but ends up downloading 500 KB. What has happened here? It seems that IE has actually un-gzipped the file, but still left the .gz file extension! If you manually rename the downloaded file to just .tar, however, it appears to be a valid .tar file. (I vaguely recall that very early versions of Netscape had the same bug .. anyone remember?). Thanks to Graeme for reporting this bug. 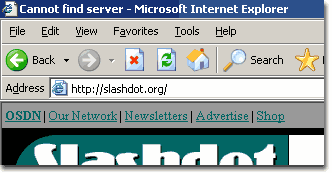 2002-03-27: WinXP: The first time I opened the page there was an error accessing the page; after I pressed "refresh", the page loaded completely and successfully, but the title bar (and thus taskbar button) still says "cannot find server". OK, a pretty minor bug, but a bug nonetheless. Surely a company making $1 billion a month profit can afford to hire a few extra programmers to fix all these "minor" bugs? 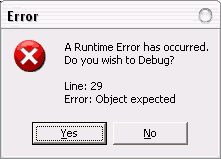 I know you can disable this dialog in the "advanced" configuration options; but I think this is an incredibly stupid error dialog to have enabled by default; you often have to click away dozens of these on websites, and lets be realistic, how many people in the general public ARE going to want, by default, to debug scripting errors on the web pages they are visiting? Most people don't even know what that means, and probably won't know how to turn this error message off, either. How is this "good usability"? 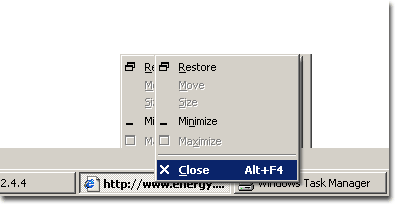 2002-02-27: WinXP: Internet Explorer hung. I had to manually kill the process. That blank white area behind the popup menu is supposed to be the page I was trying to view. 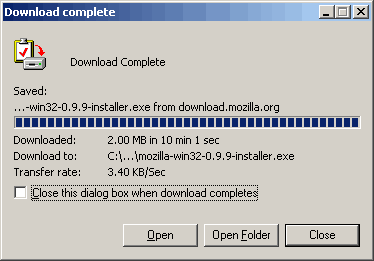 2002-02-14: WinXP: This is a pretty nasty Internet Explorer bug: the download here has actually timed out before completing, and NOT downloaded completely, as it flat out states. Here we have a web browser, which many people tout as being by far the best in the world, which Microsoft has poured hundreds of millions of dollars and close to seven years developing, and it can't even do the most BASIC web browsing tasks such as notifying the user if the download fails to complete? Not only not notifying the user of the failure, but actually TELLING the user that the download succeeded? It knew the size of the file in advance, how difficult is it to check that the number of bytes downloaded is not that amount? Additionally, in sockets programming, you can actually in your program detect socket errors like this.

I say this is nasty, and feel somewhat bitter about this bug, because I have actually lost several files because of this. I thought that they had downloaded OK, but when I later discovered that they had not (we get lots of timeout errors with our crappy internet services in South Africa), the website I got them from no longer had those files up. I know what you're saying, "use GetRight".. but why shouldn't a web browser (especially the "best one in the world" as I so often hear) be able to do basic things, like detecting a broken download, and restarting a broken download from where it left off instead of from the beginning?

In addition to incorrectly telling the user that the download was successful, IE will often also place the broken file in the local cache, and repeated attempts to download the file will immediately "successfully" find the broken file in the cache. I feel sorry for non-technically-literate users, who probably wouldn't know how to go clear files from the cache, let alone know what that means. 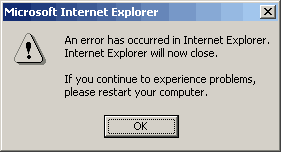 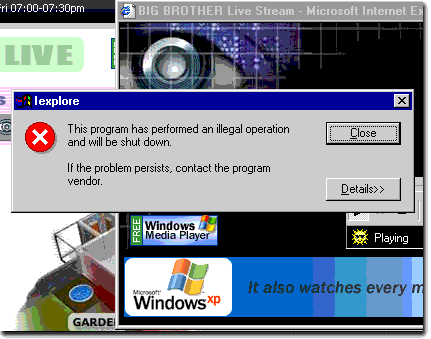 6 September 2001 Internet Explorer crashed when I tried to view the streaming video on this site (http://www.bigbrothersa.com/). Note that this site is pretty heavily laden with Microsoft propaganda and adverts, including a prominent "POWERED BY MICROSOFT TECHNOLOGY" message, followed by the following: "In a true demonstration of the power of the Internet, the Big Brother solution showcases the impact that widely-distributed, web-based applications can have on our lives by empowering people with information any time, on any device, in a unified, personal way". Pretty cheesy marketing stuff .. sounds wonderful, if only the technology could actually work without crashing. I did get it to work though, seems like a somewhat "random" crash (obviously a bug still, computers don't "randomly" crash without the help of software bugs). (Win98SE, IE 5.5, Media Player 7.1). 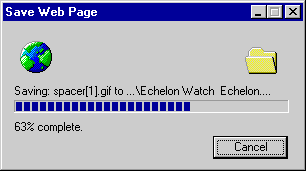 29 August 2001 Another stuck "save" dialog. It was going nowhere and couldn't be cancelled. After about 30 minutes, I had to kill Internet Explorer with Ctl+Alt+Del. (Win98SE, IE 5.5). 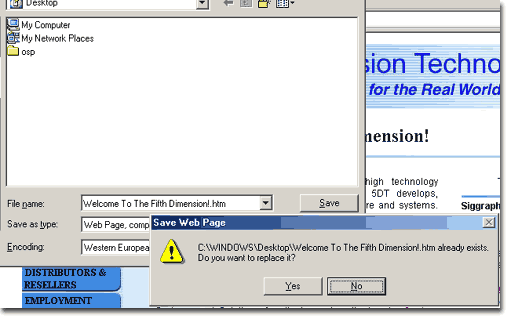 3 July 2001: WinME: I deleted the file (a previous file of the same name had been there) via this self-same "save web page" dialog box, but it still thinks the old file is there. I think this has been fixed in WinXP. 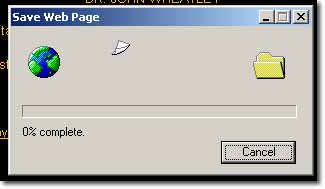 June 2001 This dialog refused to be closed by any means other than manually killing the process (not the first time I've had that either). (Win2KSP1). 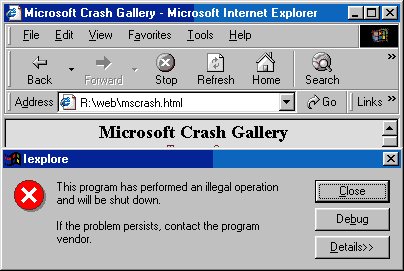 IE crashes if I select "File/Edit with Microsoft Office 2000 Professional" from the menu (doesn't seem to do this anymore on Win2KSP1).

Internet Explorer's printing sucks exceptionally badly, particularly (it seems) when it comes to tables and frames. A number of times I've printed a document, only to have a big piece of the right side of the document chopped off. Microsoft's own MSN site doesn't even print properly. (Someone suggested to me this bug may be a side effect of the different paper standards in use in the USA and in South Africa ("Letter" vs "A4"); nonetheless, its still a bug).

nul device bug: Warning: If you are using Internet Explorer on Win9x, don't click here (file://c:/nul/nul), unless you've first saved any open work, and don't mind possibly having to restart your computer. You've been warned!! I'm not responsible ... this one is a serious bug, particularly since relatively malicious people set up web pages that automatically redirect the browser to this. Of course (see notes on previous page about protected mode) user applications like web browsers shouldn't be allowed to hose your computer like that anyway.
(This problem appears to be fixed on WinME, and doesn't affect Win2K .. although it does seem to affect Win98SE with IE 5.5).

This strange formatting bug, ironically on the main page of the crash gallery, seems to only happen under very specific window widths. It seems to happen quite predictably if the IE window is maximized at a desktop resolution of 1024x768. I've tried it on Win2KSP1, Win98SE and WinME; WinME doesn't seem to exhibit the problem.